Trailblazer of Truth - Lightworkers doing it tough!
By Lee-Anne Peters

Many living in illusion, greed, agenda or being ‘zombified’ by the drama playing out around the world can be visualised as a stampede of animals following the same old trail around and around in circles. Many get so caught up in this that it is hard to escape. They have been so caught up in what is playing out that their creativity stifles, and their imagination lost.

There are many individuals who trotted around on the outside of this stampede, perhaps for some time - with some of these individuals full of creativity and a feeling of being different – perhaps like a ‘black sheep.’ They started lighting their own torches and became the pioneers. We may see these people around in our community as artists, musicians, inventors, innovators, entrepreneurs, lightworkers and others with a thirst to try something different.

These people began to light a new path, a path which sometimes a few or more people followed to help empower them to start blazing their own trail too.

Being ‘picked on’ by society and those who think it is ‘normal’ to conform, the trailblazers had to have a thick skin to not be tempted to ‘work for’ the illusion or to conform to the masses.

Their truth becomes tested, ‘illusional carrots’ of temptation tangle before them trying to get them back into conformant – back into the drama and illusion of the masses.

The trail blazers sometimes feel like they are going mad in an insane world, and yet they still hold firm to their truth. They could have it all if they played the game, but they chose the honest path that will free them and many others if they choose. The temptations are rarely tempting enough to move them from their quest. They are honest, pure and simple in their way of living. Being creative thinkers they enjoy being different.

Welcome to the world of ‘The Warrior.’ The warrior is continuing to establish his (or her) truth. The warrior is strong and courageous in his journey. Knowing that his mission, his quest, his journey, is trailblazing a new path to explore new territory.

There is so much more to explore... Please allow the trailblazers who are blazing the way to be honoured, appreciated and heard. It is not always easy for them – even though they may make it look easy. Sometimes they do it tough.

Until the scales tip and the masses wake up from the illusion and notice the new trails being blazed we have a special quest before us - quest to remain as true as can be and warriors through and through.

All my LOVE & shared with a lot of emotion,
Lee-Anne Peters 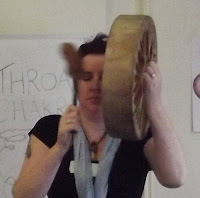 
Please share how you are feeling. I invite you to write on my fan page wall: www.facebook.com/tobhealers

Temple of Balance
Australia
Lee-Anne Peters is an Australian award-winning author, visual artist, motivational teacher, mentor and radio show host. Among her many creative adventures, Lee-Anne is the founder of Temple of Balance and Temple of Balance Publishing. She is Author/Creator of: Healing Energy Cards, From Lack to Abundance, Ascension Mastery Series, Temple of Balance Oracle Cards, Aligning with the Speed of Light, Eternal Love and Temple of Balance the book. A highly energetic and intuitive entrepreneur, Lee-Anne works tirelessly to help our planet and her people every day. Lee-Anne has appeared in magazines, newspapers and on radio around the world. Website: www.templeofbalance.com